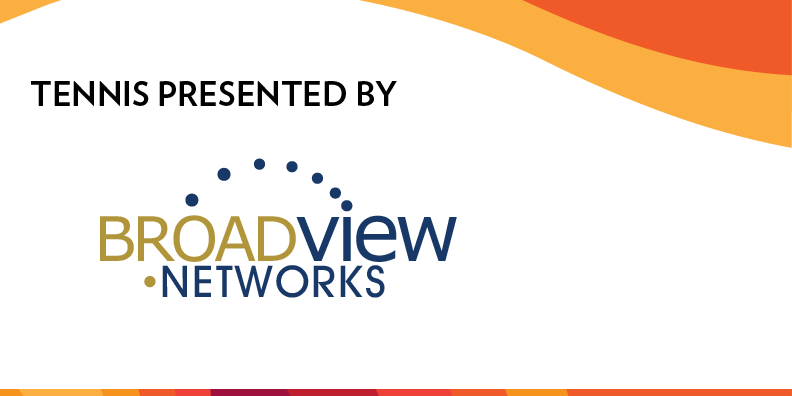 Thursday, April 28, 2016 – Broadview Networks is proud to announce its status as the event sponsor of Tennis and proud sponsor of the 2017 Canada Summer Games, the 50th anniversary of the event and a celebration of Canada’s 150th birthday. From July 28 to August 13, 2017, Winnipeg will host over 4000 athletes, competing in 16 sports. Broadview is glad to contribute to the Games’ funding goal of $6.5 million.

The Canada Games are this nation’s largest multi-sport event for young athletes, and Winnipeg is the largest city ever to host them. The Games have been earmarked by Heritage Canada as an official national celebration of the 50th anniversary of Canada’s Confederation.

“We’re very happy to support an event that will bring so much joy to our country, while bolstering our local economy,” said President and CEO Michael Orloff, “We’re proud to do our part in encouraging athletes from across Canada, celebrating our nation, and inviting over 20,000 visitors to our great city.”

Winnipeg is the second Manitoban city to host a summer edition of the event since it began in 1967. Amateur competitors flock from across the country to compete for the Canada Games Flag and Centennial Cup.

“First and foremost, we want to provide an amazing experience for our young, Canadian athletes,” said 2017 Canada Games President and CEO Jeff Hnatiuk, “We’re pleased the spotlight will shine on and showcase Winnipeg and Manitoba on a national scale during the 50th anniversary of the Canada Games as well as Canada’s 150th birthday celebrations. We are also looking forward to using these Games to create capacity within our community by developing the next generation of leaders.”

About the 2017 Canada Games

The Canada Games are this country’s largest multi-sport event for young athletes and in 2017 will celebrate their 50th anniversary and Canada’s 150th birthday. The 2017 Canada Summer Games will leave a lasting legacy of new and enhanced sport facilities, volunteer and leadership development that will benefit athletes and the broader community for years to come.

Broadview Networks is a System Integrator focused on creating and maintaining the essential IT infrastructure that businesses depend on. These components include network operating system, data storage, email, network connectivity and network security. Broadview has established itself as a trusted provider of quality IT solutions offering expertise and service. Working alongside both Technical and Business Professionals, Broadview’s philosophy is one of collaboration and teamwork. Broadview has strategically built close relationships with a highly select group of Partners. From the strength of this Partner Community, Broadview delivers comprehensive IT Infrastructure solutions.