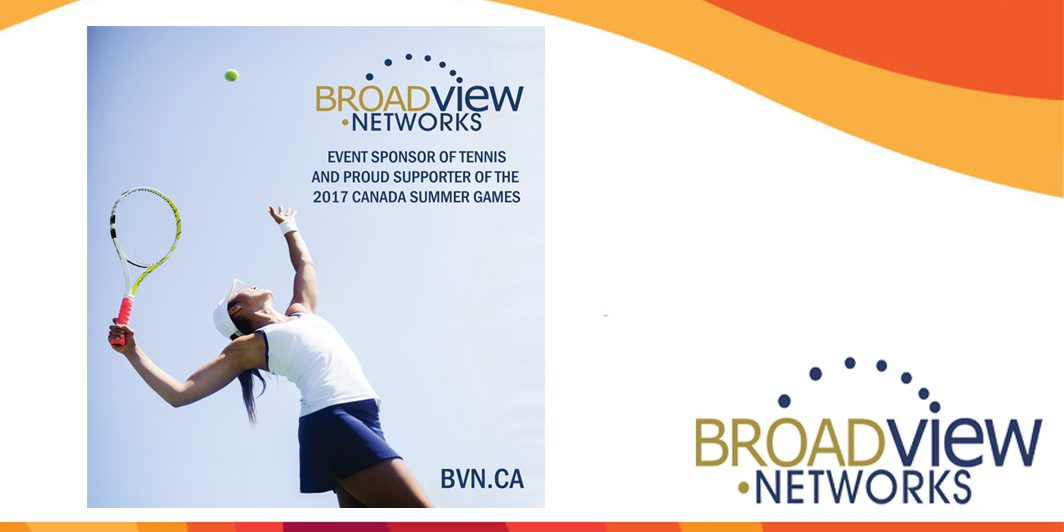 Broadview Networks is a proud event sponsor of Tennis and proud sponsor of the 2017 Canada Summer Games. The Canada Games are the largest multi-sport event for young athletes in Canada and this year Winnipeg is hosting them. Canada Games are held every two years, alternating between summer and winter. They are a key event in the development of Canada’s next generation national, international and Olympic champions.

Winnipeg is the second Manitoban city to host a summer edition of the event since it began in 1967. The first city to host this event was Brandon in 1997. Winnipeg will host over 4000 athletes and coaches, competing in 16 sports, and more than 20,000 visitors. The activities include Athletics, Baseball, Basketball, Beach Volleyball, Canoe-kayak, Cycling, Diving, Golf, Mountain Bike, Open Water Swimming, rowing, Sailing, Soccer, Softball, Swimming, Tennis, Triathlon, Volleyball, and Wrestling.

Tennis will be proudly presented by Broadview Networks, from August 7th to the 13th. Tennis was part of the inaugural Canada Summer Games in 1969, and has been a regular event over the years.  Broadview Networks invites you to attend this celebration of youth, sports, culture and community.